Google Search is finally officially proposing the dark mode on desktop. Dark or light, which one is better for you?

As an actuary, many hours are spent staring at a screen. Dark mode is in vogue and the tech world is embracing it with open arms. This night mode would have as many benefits as Kombucha on our health! But can this dark theme soothe our chakras during a coding crisis? Can it help us reduce our concealer bill? Let us try to answer those existential questions!

Tap into the dark side of the force to sleep better

Dark mode reduces the emission of the famous harmful Blue light emitted by screens, which is pointed out as responsible for our eyestrain. “Exposure to blue light from screens strongly stimulates receptors in the retina, effectively sending a ‘daytime’ signal to the body clock that delays falling asleep and induces phase delay. Even extremely minimal light signals have an impact, via the suppression of the secretion of melatonin (a hormone that helps regulate our wake-sleep cycles)”, explains the Institute of Sleep and Vigilance.

It is therefore recommended for anyone working in dimly lit environments, or anyone who scrolls endlessly through their newsfeed at night, to activate the dark mode to take care of their eyes.

According to YouTube, with a brightness at 100%, the dark mode would consume 60% less energy. So going dark should reduce your energy consumption! How ? The most significant reduction in battery usage is in OLED and AMOLED display panels. In OLED displays every pixel is individually lit. So when the background is bright, most of the display pixels are turned on, which consumes a lot of battery power.

Not completely… According to a study, our memorization capacities are weakened on a black background. It’s easier to read, pick up and capture information on a white page. Black text on a white background is best, since the color properties and light are best suited for the human eye. That’s because white reflects every wavelength in the color spectrum.

So what should I do ?

As often, there is no ideal solution. Dark mode has its advantages and will be preferred if you are working in a dimly lit room to allow your eyes to rest. If you need to save battery power then switch to black as well.

On the contrary, when you are working during the day in a well-lit room or need to be focused on, then keep the bright mode on!

Now it’s up to you to switch as often as you need.

How to activate Dark mode on Google Search ?

You can make the change by going to Settings > Search Settings > Appearance. There, you’ll be able to choose light, dark, or device default, which will automatically follow your computer’s mode. 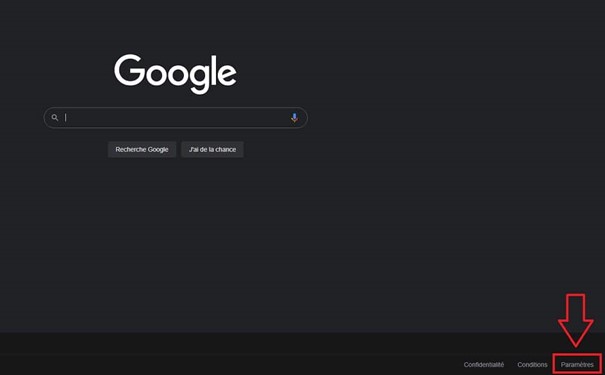 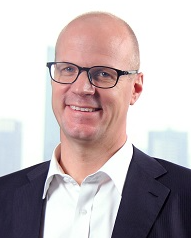 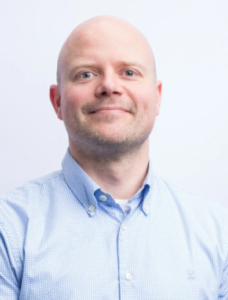 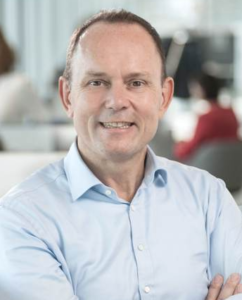 New on the market

Febelfin and the government have agreed to introduce a universal banking service on the 1st of January next year. It’s an initiative of a “universal banking service” for banking customers who have not gone digital yet. Universal service means a basic service at a favourable rate, as is it is the case in the telecommunications and postal sectors. Eleven banks in the country have already signed the charter. The charter provides, from 1 January, for a service consisting of a package of at least 60 manual transactions per year, a debit card and a minimum of 24 cash withdrawals per year from an ATM. The possibility of free direct debits and standing orders is also encouraged. The package may not exceed 60 euros per year, with an annual increase of a maximum of 6 euros, for the duration of the charter.

To guide budding investors, Febelfin and Assuralia have launched “Club Invest”, an information platform for beginners. The sectoral federations based themselves on a study carried out by the bureau Indiville, among a sample of 2,045 people representative of Belgium. 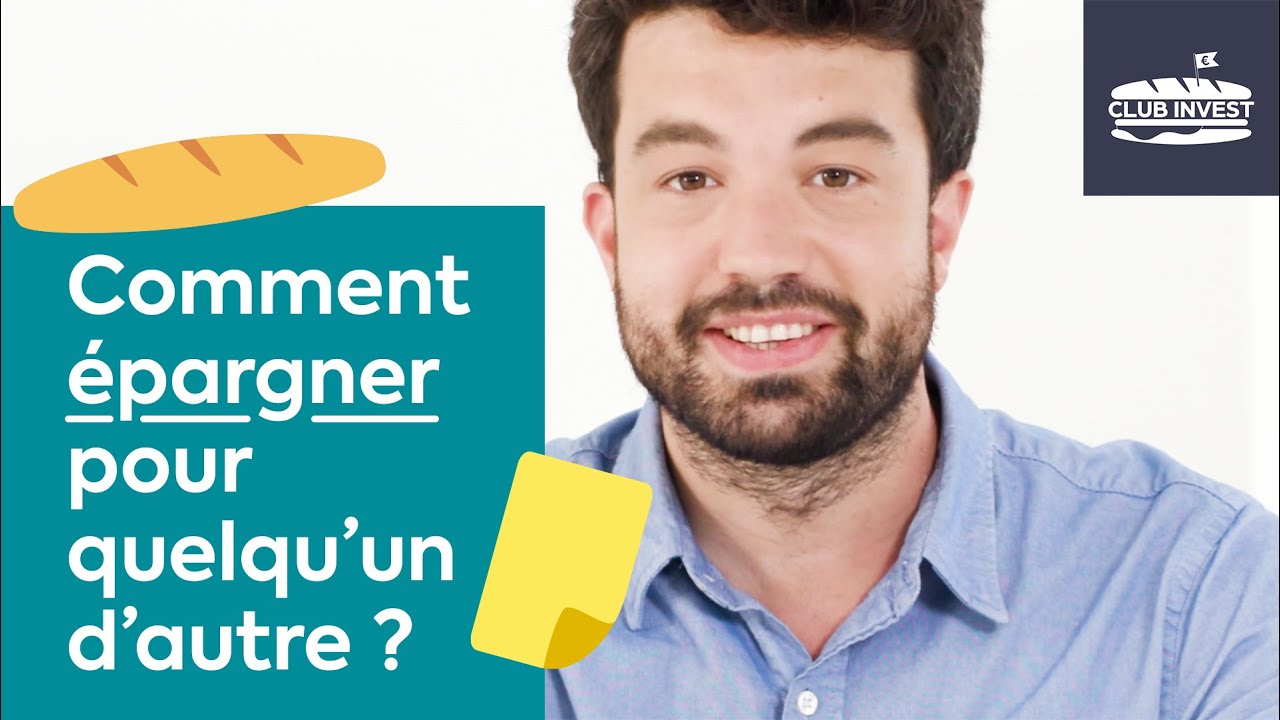 More than half of them (55%) would like their savings to yield a higher return and 40% clearly choose to invest in riskier financial products. The study also shows that almost a third of respondents (29%) do not take the plunge into the stock market because of a lack of information. Among young people, the proportion who would invest in the stock market if they were well informed even rises to 47%. Club Invest is an information campaign whose aim is “to explain the basics of investing and demystify a certain number of beliefs”, according to Febelfin.

Qover has joined forces with BNP Paribas Cardif to offer credit payment protection insurance, a very popular product in Belgium given the number of real estate transactions. It is also a complex product, especially given the medical constraints linked to it. This is a strategic and long-term partnership, according to Qover whose core business is to develop technologies that allow its clients to tailor their insurance products. Qovers’ mission will be to simplify this process and offer a seamless experience to BNP Paribas Cardif’s clients. This is Qover’s first partnership with a major retail bank, BNP Paribas Cardif being the world leader in credit payment protection insurance.

Around twenty cases were resolved after an initial test phase of Legentic’s “Sjerlok” platform, that offers a solution for tracking and tracing stolen vehicles or objects. This encouraging result allows AXA to consider a more extensive deployment to improve the service to its policyholders in case of theft. This is a first in Belgium.

AG Insurance is the largest employer in the insurance sector

With 4,345 employees, AG Insurance is the largest employer in the sector according to Assuralia.  AG is followed by AXA (3,600 employees) and Ethias (1,839 employees).

KBC to test working on Sundays

KBC has reached an agreement with ACV Puls to test working on syndays in Flanders and Brussels from January, for 8 months. In Wallonia, CBC is conducting its own discussions. “With KBC Live (telephone, chat), KBC wants to offer its customers the same instant solutions to their questions on Sundays from 9 am to 5 pm as those already offered via KBC Live at other times,” according to the press release.

When looking at the share of female workers on permanent contracts by job category, they are most represented in the operational category (almost two out of three workers are women). In the other (broad) occupational categories, men are still in the majority.

Sustainability in the financial sector

Since March 2021, a number of Belgian financial actors and products are subject to new European transparency rules on sustainability. These include institutions for occupational retirement provision, insurers and supplementary pension plans. These rules stem from the “SFDR Regulation”, which aims to harmonise the way in which institutional investors, such as occupational pension institutions and insurers, must integrate environmental, social and governance factors, the so-called “ESG” factors, into their investment decision-making process.

It is a collaboration “that crowns the work carried out by the founding signatory companies with the United Nations Environment Programme” according to Scor, one of the eight founding members. In this context, the French reinsurer commits to “reduce all direct and indirect greenhouse gas (GHG) emissions related to its reinsurance underwriting portfolios, so as to achieve zero net emissions by 2050” and to “encourage the implementation of corporate disclosure standards and global policy frameworks for a transition to carbon neutrality in the insurance sector”.

The Ombudsman was contacted 7,629 times during 2020. This represents an increase of 13% compared to 2019. Lack of communication, lack of response and management delays remain the main reasons for consumer dissatisfaction and correspond to 26% of requests. Once again, claims handling is more common than production operations. The branches with the highest increase in 2020 are phone comprehensive insurance and cancellation insurance. Some lines of insurance have been directly affected by the health crisis: cancellation insurance, health insurance and life insurance. Finally, in various branches of insurance (cancellation, car, fire, etc.), many policyholders wanted to obtain a refund of the premium paid or part of it because the insured risk had disappeared or decreased in the context of the health crisis.

END_OF_DOCUMENT_TOKEN_TO_BE_REPLACED

Audrey Amiot will be the future Head of Operations & Transformation at AXA Belgium. She will take up her position in September 2021 and will also join the management committee of AXA Belgium. Audrey was Head of Claims P&C Retail & Motor corporate since 2019. However, she has been working within the company for more than 10 years in various roles, including transformation and P&C operations. Audrey Amiot succeeds Céline Dupont, who will join AXA Partners on the same date as Chief Operating Officer and member of the Executive Committee.

Only 8% of European banks have a CEO. This is too few for the ECB, who is adding the criteria of diversification to its conditions for access to management positions, the so-called “Fit&Proper”. A working group within the ECB is working on the content of these criteria and the sanctions that could result from them, such as an additional capital requirement. A few examples in Belgium: the country’s leading bank, BNP Paribas Fortis, has four women out of the twelve members of the management committee (CFO, HRD, compliance and customer services). At KBC, there is one female CRO for every 7, compared to two for every 8 at ING (Head of Wholesale and CRO) and Belfius (HR and CRO). There is gender parity in the Argenta executive. According to the NBB, Belgium is neither among the best nor the worst in terms of diversity.