Who are the most recent appointments as directors and C-levels in Belux? January was a particularly quiet month.

Christophe Pochez has been appointed Chief Risk Officer of Federale Assurance. For nearly 16 years, he was Head of ALM and Financial Risk Management of the company.

Christophe holds a master’s degree in Actuarial Science from the Université Catholique de Louvain. He started his career in the banking sector, and more particularly at Belfius (formerly Dexia). In 2007, he has joined Federale Assurance to head the ALM and Risk Management team.

With over 20 years of experience in the financial sector, Christophe will be responsible for defending the interests of the insurer and its various banking partners.

Joost van Ginkel will be in charge of customer satisfaction.

Thierry Ballas has been appointed Head of external communication, branding and digital content of P&V Group.

Thierry worked for 8 years at Bpost before joining the insurance company. Additionally, he has broad experience, varying from the automobile sector at Mercedes, and Toyota to cosmetics at L’Oréal. 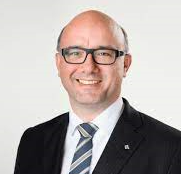 Michael Müller, Managing Director of the Swiss branch, will become the new CEO of Baloise, as of 1st July 2023. Indeed, he will take over from Gert De Winter.

Gert will leave the company on 30th June for personal reasons.  He had been in this position since 2016.

At the beginning of January, we learned the tragic news of the death of Antonio Corpas, CEO of OneLife. He joined the company in 2008 as Head of tax & legal and group general counsel. Ten years later, he became CEO of the group.

End of December, a succession plan has been set up in which Elio Fratini took over the position on an interim base. This plan will be maintained.

Who are the most recent appointments as directors and C-levels in Belux ?

After spending 8 years working for the media relations and being AXA’s spokesperson, Gianni de Muynck has recently started a new chapter in the Communication & Brand Experience department of ING.

At ING, he met up with his former mentor, Laurent Winnock.

Erik Weekers will become the new CEO of the Federatie voor Verzekerings- en Financiële tussenpersonen (FVF), as of 1 January 2023. He will succeed to Kelly Schamphelaere.

Erik has been appointed by the FVF’s board thanks to his valuable experience in the insurance sector and particularly in management. After having started his career at AnHyp and then at AXA Belgium, Erik led Axfin. After that, he launched Stronger, his coaching and training agency. As part of his job, he trained several banking agents, brokers and insurance companies. He is also an active member of Aquilae.

Another type of appointment was that of Philippe Van Belle as CIO of the Year 2022. The award was given by DataNews magazine in recognition of the “CIO who demonstrates strategic vision, leadership, personality and the ability to contribute to an organization’s business strategy.”

This award recognizes Philippe’s 35-year career at AG and his dedication to the “Replatforming” project. Conducted last April, this project provides AG with a modern and innovative platform that places it more than ever at the forefront of digitalization issues.

A few days ago, Silke Lautenschläger, the current CEO of Ergo Insurance and DKV Belgium, announced that she was leaving the company. After having worked for 12 years within the Ergo Group, including 5 years as CEO of Ergo and DKV, Silke wishes to devote herself to the foundation of which she is Chair of the Board of Trustees, Deutsche Herzstiftung.

Sebastian Schimdtke, Chief Administration Officer of Ergo, will take over the management in January 2023.

At the same time, Ruth Verstraete, Chief Risk Officer of DKV Belgium, will take over the management of the company.

The insurer AIG is also undergoing change with the appointment of Mabel Bolier in early December. She has become Head of Claims for France, Belgium and Luxembourg. As a result, she has also joined the board of directors.

Caroline started her career in the marketing department of AXA Belgium 20 years ago. She then joined AXA Group, based in Paris. Several years later, she leaved Paris to join AXA Gulf, based in Mexico, as Chief Marketing Officer.

Who are the most recent appointments as directors and C-levels in Belux?

Karel Tanghe, has been appointed new Chief Financial Officer of AG. He will replace Wim Guilliams.

Subject to approval by the National Bank of Belgium, he will take office on 1 January 2023, succeeding to Wim Guilliams who will be evolving as Ageas Group’s CFO as of 1 June 2023.

Karel Tanghe has a thorough knowledge of the insurance, financial institutions, health insurance and pension fund sector, both at local and international level. He holds a master’s degree in Economics, Leadership and an MBA from Vlerick Business School.

Karel worked over twenty years at KPMG and occupied diverse positions such as Head of Audit, Managing Director and member of the management team since 2016.

As for Wim Guilliams, he has been working at AG since 2015 and has managed AG’s finances for 7 years with passion and expertise, including the implementation of the revised IFRS 17 accounting standard.

After more than 7 years as Manager Financial and Insurance Risk Management at NN Belgium, Dieter Bardyn has just been appointed new Chief Risk Officer of Ergo.

After a long career of 19 years at DKV Belgium, Ruth Verstraete has been appointed CEO of DKV. Dennis Van Giezen is replacing her as Chief Risk Officer of the company.

Who are the most recently appointed directors and C-levels in Belux? October was a month of renewal, especially for European and international organizations. 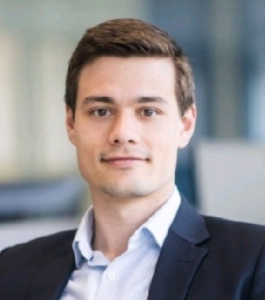 Erik Heggen has been appointed new Chief Executive Officer of Yuzzu. He will take office on 1st December 2022, after approval of the Belgian National Bank. He succeeds to Hélène Portegies.

He started his career at AXA in 2016 in the Distribution department. Later on, he joined the head office of the group in Paris and greatly contributed to the development of the ‘Ambition 2020’ strategy. Mid-2022, he joined Yuzzu as Chief Customer Experience Officer, in charge of marketing, online sales and partnerships.

Erik Heggen graduated as a Commercial Engineer at the Katholieke Universiteit Leuven. 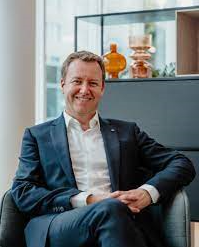 Christophe Hamal becomes Chief Executive Officer of Baloise Belgium. Member of the Executive Committee since May 2022, he succeeds Henk Janssen. Henk Jassen will retire in January 2023 and will in the meantime ensure the transition with Christophe Hamal.

As a member of the Executive Committee, he focuses on the strategic objectives of the company and meets various departments and colleagues. Before that, he was CEO of Buy Way, a Belgian fintech, for five years. He also has considerable experience in financial consultancy.

Christophe Hamal has a master’s degree in Management Engineering from the Katholieke Universiteit Leuven and an MBA from the Institut Européen d’Administration des Affaires (INSEAD).

Hélène Portegies, former Chief Executive Officer of Yuzzu, will be the new Chief People and Communication Officer of Allianz Benelux. She will therefore be a member of the Board of Management.

Prior to her appointment, Hélène Portegies was CEO of Yuzzu for five years. She has considerable experience in financial services, having been in charge of product development, marketing, operations, and IT.

As Chief People and Communication Officer, she will be in charge of human resources management, communication, branding, and sustainability of Allianz Benelux.

Lize-Mari Barnes has been appointed General Manager of Swiss Re Luxembourg. She succeeds Ivo Hux and will take office as from 1st January 2023.

Lize-Mari Barnes has joined the group for more than 16 years now. She became Chief Financial Officer Reinsurance EMEA in May 2012. She will maintain this position, in addition to her new appointment as General Manager. 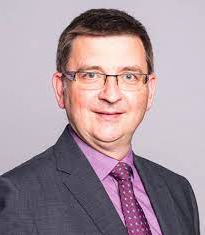 On 7 October, the European Actuarial Association (EAA) elected Lutz Wilhelmy, a German native working in Switzerland, as its new President.

Lutz has been a member of the Executive Committee since 2017 and has also been a Full Member, Delegate to the Professionalism Committee, Honorary Treasurer, etc. In addition, Lutz is Vice President of the Swiss counterpart association and was a member of the EIOPA Advisory Expert Group. The new EAA President has a master’s degree in Theoretical Physics and a Ph.D. in Mathematics, both from the Swiss Federal Institute of Technology ETH Zurich. 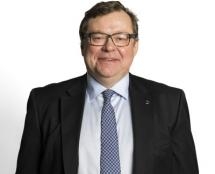 End of October, Jean-Paul Servais, the actual President of the Financial Services and Markets Authority (FSMA), has been elected President for two years of the OICV-IOSCO, International Organisation of Securities Commissions.

A Belgian presidency is the first time in the history of the organization. The objective of the OICV-IOSCO is to promote sound and proper market practices worldwide and thereby contribute to the protection of investors and the integrity of financial markets. The organisation controls 95% of the world’s financial sector.

Since 2016, Jean-Paul Servais has been Vice-President of the international organisation. Additionally, he heads the European Regional Committee, has chaired the Finance and Audit Committee, and led a working group on the regulation of special purpose acquisition companies (SPACs). On behalf of the organisation, he has also served as Chair of the IFRS Foundation Monitoring Board, which oversees the work on sustainability reporting by the International Sustainability Standards Board (ISSB), and as Co-Chair of the Monitoring Group on Audit.

Who are the most recently appointed directors and C-levels? During the month of September, three women have been honoured with these nominations.

At Allianz Benelux, Suzanne Akten has been appointed Chief Operating Officer, and will therefore be a member of the Board of Management. She succeeds Roland Kern and her appointment is effective as of 1st December 2022.

The new COO started her career at Achmea dealing with international insurances. Then, she continued at ING as Chief Executive Officer of the Global Digital Bank Insurance. As part of it, she developed a digital platform for cross-border bank insurance.

With 20 years of experience in consulting, especially in the Netherlands, the new Chief Operating Officer of Allianz Benelux will be in charge of the Operations, IT, OM, Facility, and Protection & Resilience.

After working for INSEE and the Ministry of the Economy and Finance, he worked for BNP Paribas Cardif, first dealing with Northern Europe and emerging markets and then, he was appointed Director of the AEP entity. Alexandre Draznieks graduated from the Ecole Polytechnique in Paris and from the ENSAE.

As CEO, he deals with all activities of Cardif Lux Vie in Luxembourg, France, Italy, Belgium, Spain, and Portugal, as well as non-EEA countries in which the insurance company is active.

Els Overbergh has extensive experience in this field: she occupied functions in management, marketing, as well as human resources at AB InBev. Additionally, she was previously responsible for human resources at Microsoft Luxemburg and Arvesta.

The new CHRO of Baloise Insurance got an MBA in Marketing and was a guest lecturer in Human Resources Management at University Colleges Leuven-Limburg.