This represents an increase of 8% compared to 2019. The life insurance segment generated a total profit of 6 M€. The non-life business generated a profit of 170 M€, which is 39 M€ more than in 2019. The company’s Solvency II ratio stands at 187%. The Federal State and the Walloon and Flemish Regions, which together hold 95% of the insurer’s capital, should receive some 100 M€ in dividends following these good results.

With a profit of 1.14 billion euros for the financial year 2020, the insurer is even slightly ahead of analysts’ forecasts. In Belgium, Ageas posted, through its subsidiary AG Insurance, a net profit of 410 M€, of which 278 M€ was generated by the life business.  As in the Belgian market in general, premium income for individual life insurance with a guaranteed rate fell.

Players on the Belgian market: ins and outs

The comparison platform for banking products employs 23 people and attracts some 300,000 unique visitors per month. Its monthly turnover is 250,000 euros and its income is exclusively derived from commission on the sale of products via the site. The company has been profitable since June and now intends to strengthen its leading position on the Belgian market and to make a place for itself in the insurance sector.

On March 9, the parent company ‘announced its intention to terminate the activities of its online savings bank Rabobank.be. The company arrived on the market in 2002 and has grown into one of the largest savings banks in Belgium, but according to market analysts it lost ground to competitors and low interest rates that have made the bank’s model difficult to sustain.

Progress in the case of Integrale

Out of the 3 potential buyers for Integrale (Athora, Monument Re and River Rock), only the British investment fund River Rock remained in the running, but its offer has not convinced all the directors. In the meantime, at the end of February, the NBB took power over Integrale by replacing the members of the board of directors and the management committee by a college of provisional directors. The trio consists of special commissioner Kenneth Vermeire, lawyer Marc Fyon and professor of economic and financial law Michel Flamée. Although they are not candidates for the takeover of Integrale, some insurers declared being available to “help”, such as Ethias and Ageas.

In 2020, the European Commission was asking for thoughts on the EU’s current strategy to adapt to climate change, set out in 2013, and the industry trade body Insurance Europe said the EU strategy needs to shift to more preventative behaviour. The situation is now much more urgent than in 2013. Frans Timmermans, VP of the European Commission, says that people need to be aware of the climate risks they face and that we need to ensure that we are all better prepared for a changing planet. However, he also said that it does not necessarily mean that there will be a new legislation. The new strategy includes a greater focus on data transparency, information and collaboration with the insurance sector. However, Frank Timmermans 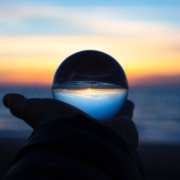 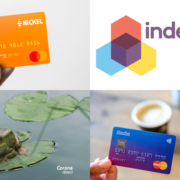 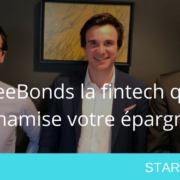 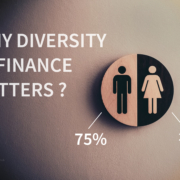 Why diversity in Finance matters ?
Appointments in Belgium – March 2021