AG Insurance and Ethias, together with EthiasCo and Société Fédérale de Participations et Investissement (SFPI), will buy out 4,6% of Fluxys’ shares in the Canadian group CDPQ, after approval of Publigaz and EIP, other shareholders.

Athora counts more than 3 million clients, has 96 billion in pro forma consolidated assets under management, and over 2 000 employees. The life insurance company operates in 5 European countries and is known for its transactional findings.

Axa Belgium and GoodPlanet Belgium join forces to develop hundreds of climate workshops for 2nd and 3rd cycle secondary students in Brussels, Liège and Antwerp. The objective is to raise awareness of young people so that they become aware of possible individual and collective solutions.

The two partners did their first ‘Climate School Workshop’ on 14th October.

LIVe stands for Land Investment Vehicle and this project is a first in Belgium. The process between the three partners is as follows: once the three shareholders have validated the acquisition, Eiffage will take over the reins, and the risk, of carrying out and marketing the residential and sustainable real estate development projects.

Belfius Insurance explained that the company does not take the investment risk and highlighted the opportunity ‘to have highly complementary exposure and liability in terms of risk diversification.’

The common project LIVe has an overall investment capacity of around 178 million euros to acquire properties fairly quickly in the three regions of the country.

In recent years, the medium cost of home insurance has increased twice as fast as the health index, according to the Price Observatory. The reason for such an increase lies partly in the profitability of insurers. Therefore, Pierre-Yves Dermagne, Minister of the Economy, wants to reduce the home insurance cost.

In an article published on the website of the French-speaking Socialist Party of Belgium, Pierre-Yves Dermagne explains that the adjustment of the ABEX index and the coverage for natural disasters partly explain the increase in the home insurance premium. However, according to him, the primary reason is due to the insurers’ margins and prices. Therefore, he wants to reduce them to offer fair prices for households.

According to Assuralia, the average profitability of home insurance increased from 4.4% to 18% between 2014 and 2021.

This change results from a recent case law of the Court of Cassation and will have consequences for contracts in the Branch 23. Following this, the work of the financial institutions liable for the tax will be more complicated, as time is short for Belgian financial institutions to carry out required reporting and payments. If they do not have enough time, Luxembourg companies will have to pay the tax themselves.

On 5th October, the parliamentary committee on the economy unanimously approved the bill of MPs Robby De Caluwé (Open Vld) and Kathleen Verhelst (Open Vld) that will allow the right to be forgotten in guaranteed income insurance.

However, the political party N-VA wants this right to be extended to all insurances. Moreover, this party wants to remove the obligation to declare in insurance policies. The party’s members find it contradictory to the very essence of the right to be forgotten.

The valuation of the assets and liabilities of Integrale, acquired by Monument Re in early January, has been discussed by bondholders and shareholders of the company.

Earlier this month, the liquidator of Integrale, lawyer Nicholas Ouchinsky (Lexlitis), announced that he would appoint a panel of experts consisting of an auditor and an actuary to draw up an independent report on the accounting valuation of the various assets and liabilities of Integrale during the financial years 2019, 2020 and 2021 as well as on the continuity of the valuation of these assets and liabilities upon the transfer of the assets of Integrale to Monument Re.

After careful observations, this valuation was approved for the period 1 January to 17 December 2021 and 18 December to 31 December 2021.

Launched in 2012, these principles serve as a global framework for the insurance industry to address environmental, social and governance risks and opportunities.

By being engaged with these principles, Ethias is committed to reducing risks, developing innovative solutions, improving business performance and contributing to environmental, social and economic sustainability. This decision strengthens her ESG strategy, which is part of the objectives of the UNPSI.

More concretely, these objectives consist of:

Deloitte Belgium aims to recruit 1 700 new employees by 31st May. Already 6 000 people are part of the Deloitte adventure.

These recruitments are part of two objectives: to assert its role as a trainer and to support the growth of its activities. Therefore, the consulting company wants to diversify the skills of its employees.

Axa recently published her Future Risk Report 2022 and the conclusion is clear: climate risk is the greatest risk worldwide according to experts.

The Future Risk Report measures and ranks changes in the perception of emerging risks. Risk classification stems from the answers of 4 500 experts from 58 countries and a sample of 20 000 people representative of the population of 15 countries. The report is produced in collaboration with the research institute IPSOS and the geopolitical analysis consultancy Eurasia Group.

In the report’s classification, geopolitical risks come in the second position, followed by cyber risk. Energy-related risks are fourfold. Especially because of the current situation, three financial risks including financial instability, macroeconomic deterioration and monetary and fiscal tension are in the classification’s top 10.

The European Federation of Insurers and Reinsurers, Insurance Europe, issued two opinions on the following topics:

Insurance Europe approves these two propositions. Concerning the European law, the federation explained that it will allow insurance companies to develop innovative numerical services while being beneficial for consumers. 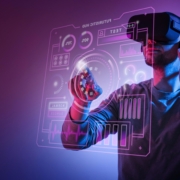 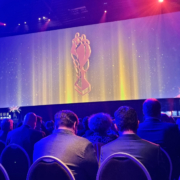 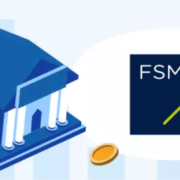 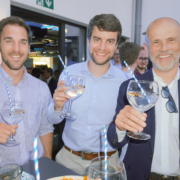 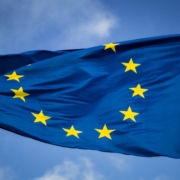 Keeping Up With The Market - September 2022 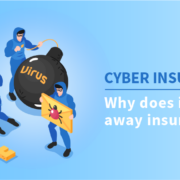 Cyber insurance : why does it scare away insurers?
DECAVI’s Life Insurance Trophies 2022